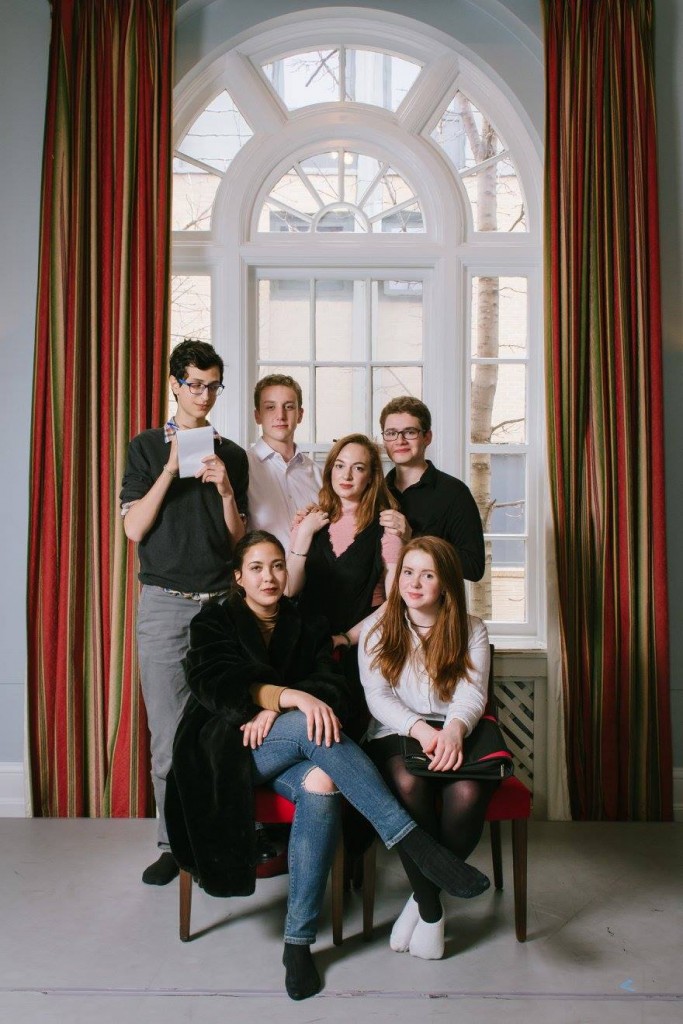 Set to a soundtrack of smoky Gershwin tunes and symphonies epic in scale, Intermezzo is a tragicomedy that follows the Wexler sisters, two once- estranged millenials. When Moriah moves back to Toronto following a brief, unsuccessful stint as an entertainer in Los Angeles, she brings with her old memories, relationships, neuroses, and secrets. The play is a true intermezzo, a brief moment in the lives of two sisters, who must ultimately decide if the secrets they keep are enough to threaten not just their relationship, but the stability of their lives.

Advisory Board member Deanna Galati interviews the cast and crew of Intermezzo to discuss their show, and process. The ensemble: Alexandra Jones, Vivi Diaz, Max Akerman, Jacqueline Levitan, Daniel Halpern, David Harding, Rosalia Vagalatis, Eric Venis and Saskia Muller sat down together to answer these questions as a collective about the development of their piece.

Deanna What is your favourite moment in the show?
Intermezzo There was a time we were running through a few scenes and we were going through the opening scene, and the character Tom has a line where he responds to a very tense situation by saying “There it is, the famous Wexler wit, just in time for the fall programming,”  and Max (the actor who plays Tom) was able to say the line so awkwardly that all of us just broke down and laughed so much! Our characters however, really don’t love the joke. From that, comes this very awkward moment. Some of us connect to that painfully relatable moment when you make a joke that really doesn’t  land well.

Deanna Why should people see your show?
Intermezzo It’s about communication with friends, family, and strangers which is something that is relevant to anyone in today’s society. Intermezzo also gives a surreal and interpretational perspective of a real situation and this gives the audience the opportunity to decipher it as they watch.  It’s really interesting to see these relationships develop over the course of the play and develops a really insightful perspective to our own everyday relationships.

Deanna What is one challenge you faced while creating this show? How did you overcome it?
Intermezzo With a cast chock-full of busy teenagers, scheduling proved to be a very difficult part of the process. Not to mention our rehearsal spaces were usually each other’s living rooms! In terms the rehearsal process, running group scenes proved to be challenging because we just love to make each other laugh. Another big challenge was portraying characters that were very far from our own ages. This was remedied by talking to people in our own lives, people watching, and some good ole’ fashioned character research.

Deanna Your funniest rehearsal moment?
Intermezzo One time while running a scene, the actress playing Moriah (Jacqueline) was about to say her line “it wasn’t a prank, it was bullying.” But when she said it, she took out the “a” and unintentionally spoke the line with a Russian accent. How? I don’t know – but we certainly laughed about it a lot!

Stay tuned for the next instalment of the Advisory Board’s Paprika Festival 2016 Interview Series!